When a Not-for-Profit Organization Can and Can’t Lobby

There’s a common misconception that not-for-profit organizations are strictly banned from lobbying for a political, environmental or some other social issue.

Organizations aren’t banned from such activities, but there are potential pitfalls to avoid and not-for-profits must operate within certain boundaries. A single misstep could result in severe consequences — including the loss of a tax-exempt status. 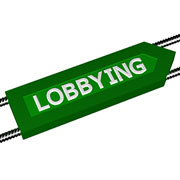 Generally, a not-for-profit may no longer qualify for tax exemption if a substantial part of its activities is attempting to influence legislation. The definition of legislation is complex. According to the IRS, legislation includes:

Legislation doesn’t include, however, actions by executive, judicial or administrative bodies.

The substantial threshold is open to interpretation. There’s no bright-line test to follow. For example, when a tax reform debate broils though Washington, DC, not-for-profits can’t rely on definitive guidelines for being treated as lobbyists. But this much is clear: An organization will be regarded as attempting to influence legislation if it:

In sum, whether a particular action or communication is an attempt to influence legislation is determined by all the facts and circumstances.

Be aware that certain types of activities aren’t treated as lobbying. For instance, if you give testimony before a legislative committee in response to an official request for such testimony, it’s not considered an attempt to influence legislation. Likewise, providing access to the results of nonpartisan analysis, study or research to a legislative body or the general public isn’t lobbying.

Another key exception: The tax law allows an organization to defend itself without being characterized as lobbying. As a result, appearing before or communicating with a legislative body concerning possible legislation that could affect the not-for-profit’s existence, powers and duties, tax-exempt status, or the deduction of contributions isn’t deemed to be an attempt to influence legislation.

The IRS often focuses on two critical factors in determining whether a substantial part of an organization’s activities is devoted to lobbying:

Keep in mind, however, that these aren’t the only two factors that may come into play. Furthermore, there’s no definitive percentage of either activity to determine when participation is substantial. Therefore, again, whether and when an organization crosses the substantial threshold depends on the facts and circumstances.

Another important issue in trying to determine whether attempts to influence legislation are substantial is determining what supporting activities are included as lobbying activities. A significant amount of time and effort may be devoted to researching and studying an issue before the organization’s position is even established. This isn’t lobbying.

Because of the inherent difficulty in determining the substantial threshold, organizations that engage in more than casual lobbying efforts may choose to be bound by a special lobbying election.

Most public charities and 501(c)(3) entities can make the election, but not private foundations and churches and their integrated auxiliaries. These rules provide precise standards for determining whether legislative activities are substantial or not. By making the election, an organization can engage in attempts to influence legislation without jeopardizing its tax-exempt status.

Although these rules are complex, here’s a brief overview of the guidelines:

As you can see, the lobbying rules for charitable organizations are extensive. However, it’s clear that an organization can still actively support or oppose legislative efforts if it adheres to the IRS guidelines. Be mindful of the rules as your nonprofit advocates for or against tax reform or some other hot-button issue.